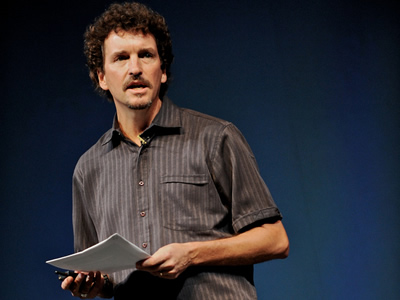 Cary Wolfe’s most recent projects are Ecological Poetics, or, Wallace Stevens' Birds (Chicago, 2020), and a special issue of the journal Angelaki: Journal of the Theoretical Humanities, on "Ontogenesis Beyond Complexity" (2020), focused on the work of the multi-disciplinary, multi-institutional Ontogenetics Process Group, of which he is a member. His books and edited collections include Animal Rites: American Culture, The Discourse of Species, and Posthumanist Theory (Chicago, 2003), the edited collections Zoontologies: The Question of the Animal (Minnesota, 2003), (with Branka Arsic) The Other Emerson (Minnesota, 2010), What Is Posthumanism? (Minnesota, 2010), and Before the Law: Humans and Other Animals in a Biopolitical Frame (Chicago, 2012). He has also participated in two multi-authored philosophical collections: Philosophy and Animal Life (Columbia, 2008) with Cora Diamond, Ian Hacking, Stanley Cavell, and John McDowell and The Death of the Animal: A Dialogue (Columbia, 2009), with philosophers Paola Cavalieri, Peter Singer, Harlan Miller, Matthew Calarco, and novelist J. M. Coetzee. He is founding editor of the series Posthumanities at the University of Minnesota Press, which has published over fifty volumes to date, by noted authors such as Donna Haraway, Roberto Esposito, Isabelle Stengers, Michel Serres, Vilem Flusser, Jacques Derrida, and others.