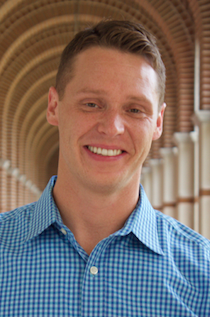 Ian Schimmel teaches courses in fiction writing and radio storytelling/reportage. His own work has appeared in publications such as The Chicago Tribune, North American Review, The Antioch Review, and Glimmer Train. He is the recipient of a Donald Barthelme Award from the University of Houston, a Hobby-Inprint Fellowship, and was named as a finalist for the 2012 Nelson Algren Award.

Instructor Schimmel also serves as the faculty advisor for Rice’s literary journal, R2: The Rice Review, and as a resident associate of Jones College. In 2013 and 2017, he received the Hudspeth Endowed Award for his work with R2. In 2015, the journal received the AWP’s National Program Directors’ Prize for “Best Undergraduate Literary Journal.” Ian is currently at work on his first collection of short stories and a novel. He is also the founding editor of the student-produced podcast series, "What Did You Eat For Breakfast?" (whatdidyoueatforbreakfast.com).